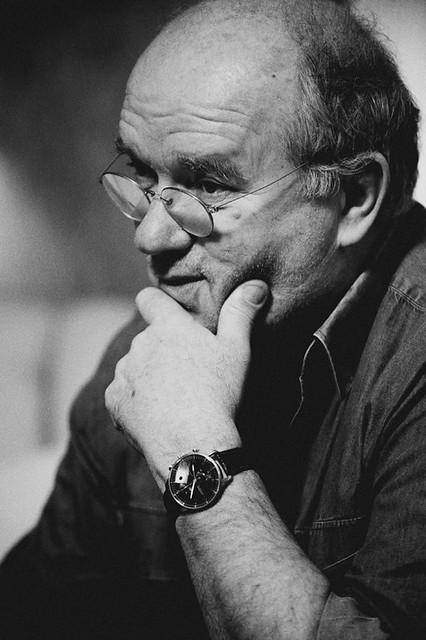 Last morning the legendary photographer Peter Lindbergh died and we found out through his twitter account. A picture of his empty studio has been his epitaph. We can’t be sadder.

The fashion world in those 90s revolved around top models; a kind of exuberant beauty away from the thinness that began to appear on the catwalks around the world. Perhaps we owe the German genius that oasis of voluptuousness that meant that decade where, models like Cindy Crawford, Claudia Schiffer or Naomi Campbell, were the icon to imitate.

His career in photography began, as is often the case, by chance. As a good bad student, he left school at age 15 and was employed as a window dresser in a store in his hometown. After the military service he decided to travel through Spain and Morocco and, on his return, he enrolled in the art school. One day he took a camera and in two years his impressions filled German magazines.

In Paris came worldwide success and fame. There he began to portray the flower and cream of international culture. Campaigns for Calvin Klein or Giorgio Armani, covers for Vogue (for the story is the one in which he gathered all the top models of the moment), and a long etcetera for the imaginary of several generations.

In the age of color, that a photographer chose to always shoot in black and white was, say, an eccentricity. An eccentricity that led him to be the most important photographer of an era. A difficult time to forget and that is, always present, for all fashion lovers.